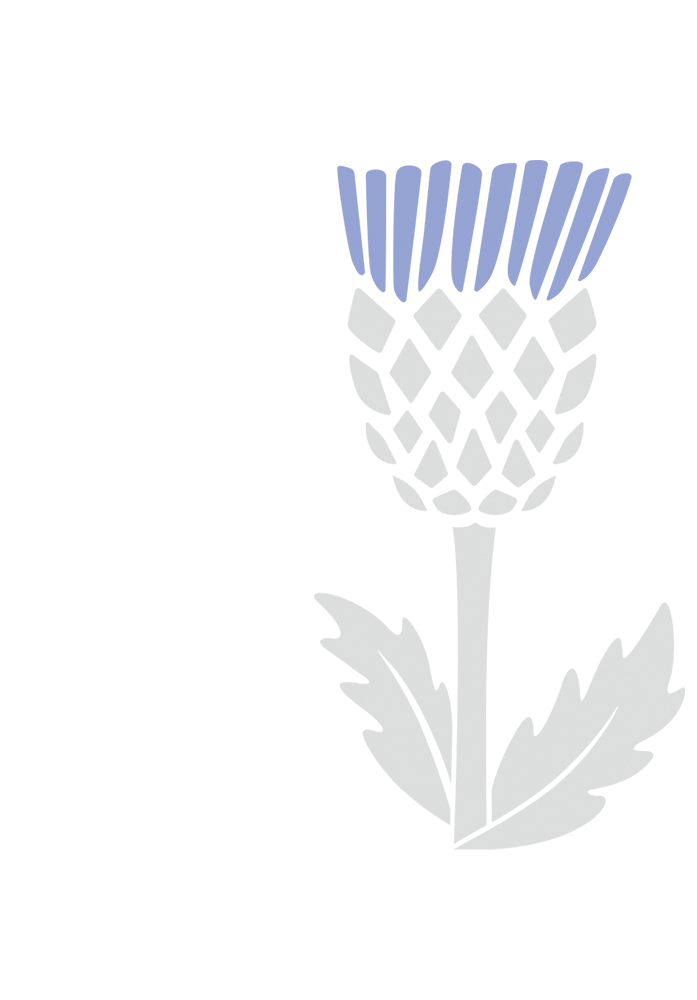 As the 179th Royal Highland Show comes to an end I thought it was a suitable opportunity to update and share this blog. The Show once again provided a showcase for the very best in Scottish farming, food and all aspects of rural life. This and the many local shows and competitions held annually throughout Scotland are a rich source of material for those of us with ancestors associated with agriculture and the countryside.

This year the show was sponsored by The Royal Bank of Scotland who actively promote their support for women in agriculture and farming entrepreneurs – not a phrase our female agricultural ancestors would recognise, or is it? 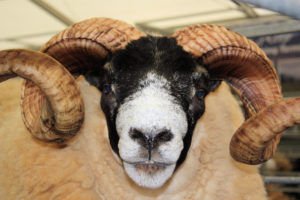 The first show took place in December 1822 at Queensberry House (now the site of the Scottish Parliament) with a focus on the production of fat cattle for the Christmas market. Initially the annual show was held in Edinburgh, Glasgow and Perth before moving to various venues throughout Scotland. The following snapshots from our own family archive show the main ring at Alloa (1953) and Dumfries (1954). From 1960 the show was permanently based at Ingliston showground on the outskirts of Edinburgh. 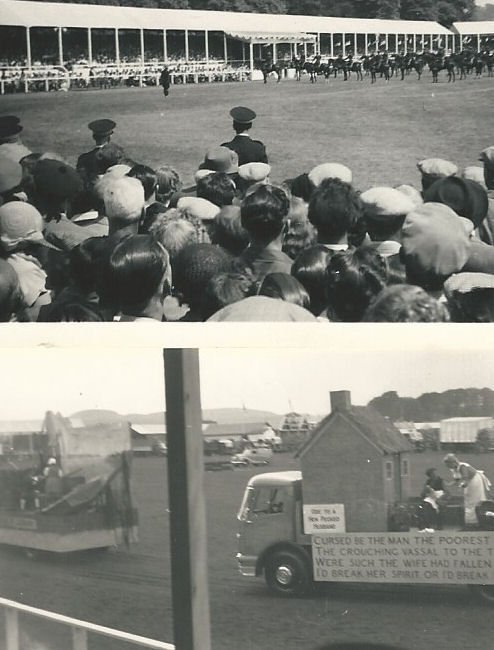 The Royal Highland Show remains a meeting place for crofters, farmers, agricultural and countryside workers. A place to share their successes and failures; find out what is happening in their industries and seek out new opportunities.

Newspapers and farming magazines such as The Scottish Farmer and Farming News often included lists of show winners and photographs of both livestock and their handlers. By the mid-twentieth century the publications also included group outings and events for local societies and Young Farmers Clubs.

Competitions not only showcased livestock but also the skills of farm workers and some included a wealth of information on the local community. Ploughing match results were regularly published in local newspapers. 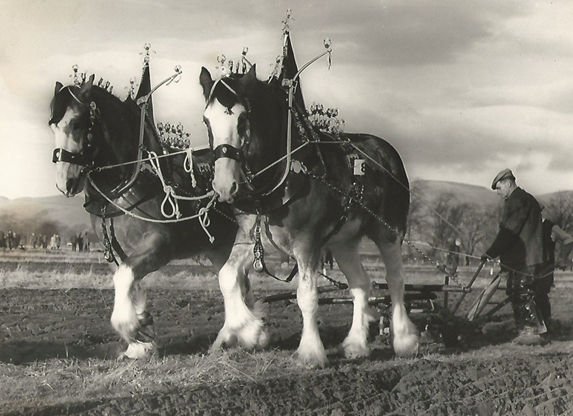 My great-great-grandfather Alexander Hutton farmed near Stonehaven in Kincardineshire and the following article was published in the Aberdeen Journal on 13th January 1864. In addition to the prize winners it helpfully adds information on how individuals were related for example “George Dunbar son-in-law to Mr Knowles, South Glenton”.

Towards the end of the article it mentions my great-grandfather Peter Edward “A handsome Whip, given by Mr Findlay, innkeeper, Stonehaven, to the youngest ploughman on the field without a purse, given to P. Edward, servant to Mr Hutton, Easter Auquhollie.”

This usefully placed him at Auquhollie a year before his marriage to Alexander Hutton’s daughter, Jean. 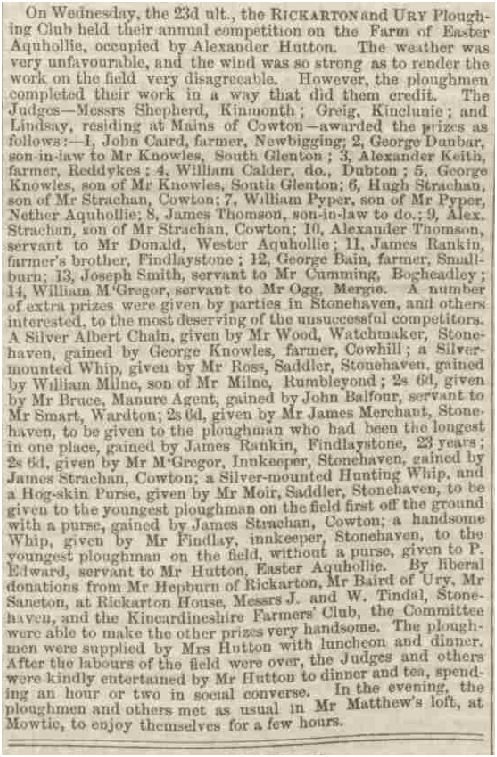 Peter was mentioned again in The Dundee Courier and Argus on 15th January 1890, although his prize was not for his skill as a ploughman rather his fecundity: “Ploughman with the Largest Family (12 Children) – Peter Edward, Cairniemore.”

Newspapers published results for other associated events including livestock sales and dairy shows. Other rural industries were also featured including cheese making, poultry and beekeeping. This example is from the Angus Show results published in The Dundee Courier and Argus on 8th August 1887. 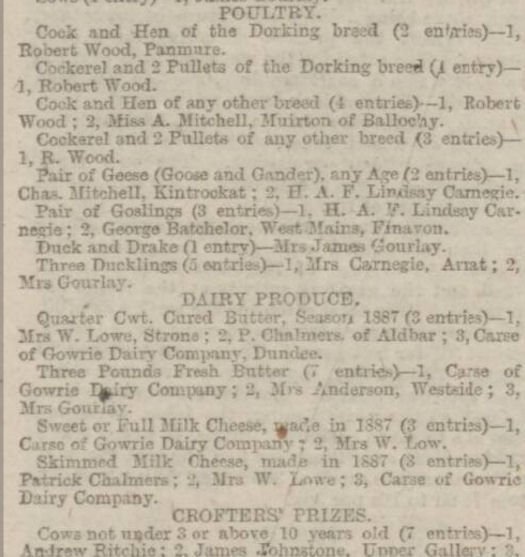 Why not start your search at the British Newspaper Archive which has good coverage for Scotland and check out the online archives for The Scotsman. It is also worth investigating any regional papers held by libraries and archives in the areas where your ancestors lived and worked. The Scottish Farmer archive can be visited by appointment in Glasgow and they have over 5,500 photographs available to view online.

Although many publications focus on images of livestock they can also include, as in this 1919 Farming News, photographs of named individuals. 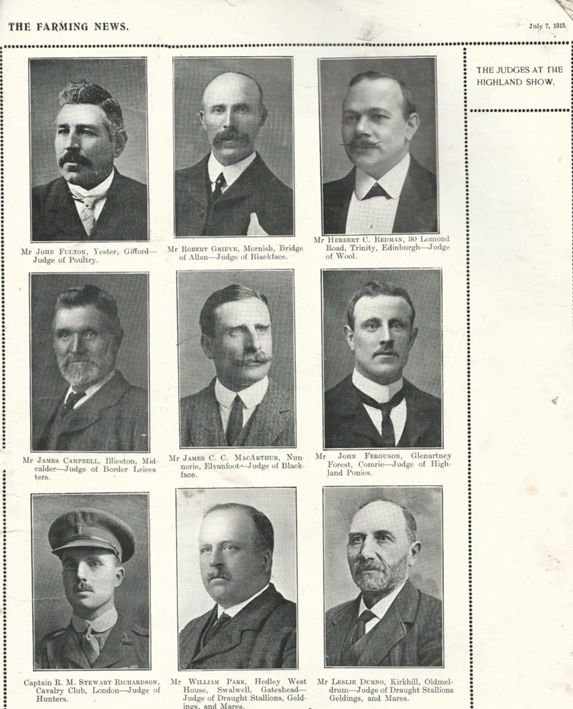 What is really useful from a family historian’s viewpoint is their online digital archive of The Society’s Transactions Reports from 1790-1969. The quality of the scans is quite poor and the OCR transcriptions are not perfect. However, the search facility allows you to search by name or place. Searching for Auquhollie where Alexander Hutton lived returned three results for 1863, 1877 and 1886. The information in the volumes covers all aspects of The Society’s work and provides background material on the rural economy.

So what about our female agricultural ancestors? Many wives, daughters and sisters played a vital role in supporting the men throughout the seasons. For some employment and tenancy agreements the man had to provide additional labour and the women in the family were expected to play their part when required. However, women then as now were also entrepreneurial, earning additional money from their domestic and needlework skills. Tracing the women’s stories can be more challenging, as their role in the rural economy is largely unrecorded.

Newspapers are again worth considering. The Angus show results from the late nineteenth century included a number of female winners, although frustratingly they were either recorded with only an initial – “Miss A Mitchell” or under their husband’s name – “Mrs James Gourlay”. However, the article does show the women winning prizes in the dairy produce and poultry classes. Through a wide range of activities such as rearing poultry, selling eggs, making cheese, spinning and making gloves women could sell or barter at local markets supplementing the often meagre wages of agricultural workers. 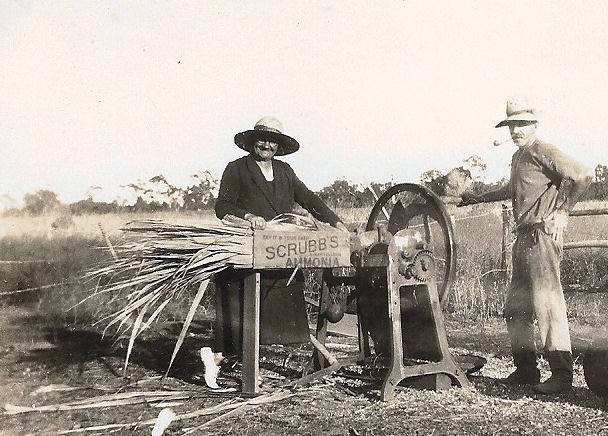 It is easy to fall into the trap of thinking that your “Ag Lab” ancestor left behind little information on his or her life. However, newspapers and magazines can often provide quite detailed (or amusing) insights into their lives and position in the local community.

All photographs are ©Your Scots Past and are from the author’s private collection.